I was driving home the other day, half listening to NPR as the cars moved in a mechanical dance around me. “All Things Considered” was speaking about a man who had been found murdered a few days after New years Day. They believe he had been murdered and dumped into a garbage container on New Years Eve. The man’s name was John Wheeler and for the majority of Americans, it probably meant nothing. It didn’t to me, and I consider myself moderately “in the know.”

The man himself did not consume me; I was struck with an acute sadness, however, as I listened to his life’s 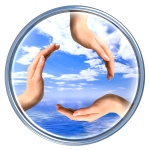 achievements. He was, as I consider it, in the prime of his life, 66, – resting on the pinnacle of a carefully, crafted life. He had attended Westpoint, Harvard, AND Yale, and achieved legal and military honors. He edited the Yale Law Review, spoke fluent Spanish, and was a veteran of war. He received US Air Force honors, served three presidents in different capacities, and was a member of the Pew Foundation. He was a chairman of MADD for a period of time as well as chairman and president of the Deafness Research Program in Washington D.C. He helped establish the Vietnam Veterans Memorial. He was a Washington insider and a man who had created or held an astounding array of honors, awards, and positions.

He lay dead on a garbage heap.

Whether I agreed with the man’s works or not, it seemed an infinite sadness to  have spent so long crafting and cultivating such a knowledgable, dedicated, driven life only to have it end up such an undignified manner. How does that happen? How does the human race fall so low after raising itself so high?

I was lead to the thought that we are all carefully crafted lives, teetering at any moment, on the bring of destruction. We strive, hard, to learn and to grown. We want to create, to endure, to learn, and to thrive. We want to create children or businesses, memorials or books, music or poetry – driven by some unknown desire to move. Someone once told me that the job of every human being, the reason we live, is to create. Here was a man who moved in the world with purpose and polish. He had refined himself to a smooth finish; perfection perhaps not – but his life was a creation in and of itself.

I liken it to the destruction of a fine sculpture, a sledge hammer wielded by an angry, judgmental mob against a delicate piece of marble. To end up in such a place speaks so low of human nature. And I think that is the dichotomy. Destruction is necessary in order for creation to begin. I believe most people understand this principle of nature. It is when the destruction comes at the hands of a fellow creator that it seems so tragic. Good or evil are irrelevant. It’s the hands that create which also destroy, wantonly and carelessly, that provide my melancholy.

Will John Wheeler continue his life somewhere else, to begin again, learning or relearning the delicacies of life? Perhaps. Destruction of death is essential to new life – for worms if you believe nothing else. Perhaps it is the time of year which makes me saddest – at the darkest time we meet the darkest in mankind. It reminds me to continue to craft my life with passion and will. You never know what the next step will bring.