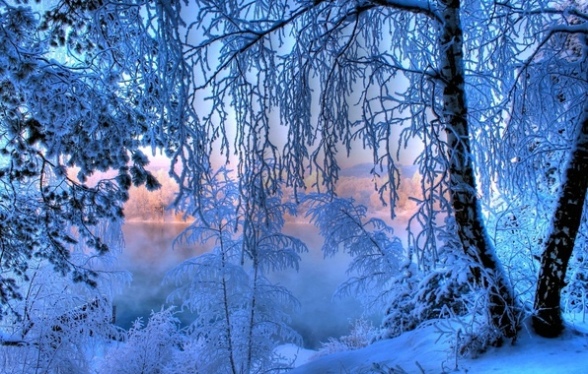 And you thought last year was a long year? Not long enough, was it? This year has screamed by for me. You know, you have those years, months, or weeks that just drag on like laundry across a dirty floor. They gather up all the stuff you thought was gone, that you couldn’t see, and grind it all in. Then there are those times which flick at your brain, saying in loud, boisterous tones (replete with banging gongs and bird song): “HEY! It’s already August? Aren’t you done with Christmas shopping yet?” Before you know it, it’s October, Halloween, and there are sales on frozen turkeys.

I think the shift of time, the moments of introspection happen at a certain age. What one, I couldn’t say. They creep into our consciousness more and more until they dominate. As we age, do we involve? Is that even a thing?

I always come to this point of the year and wonder what direction I will captain the next. It may be that I don’t even have time to grab hold of the rudder before it starts steering itself. Indeed, the months ahead may be plotted by the insidiousness of illness, disease, aging, and finances. The Universe, in all her Glory, may be sitting back on her haunches, scooping up the stars and Fate, and letting drip all over my hairy, dubious plans. She is laughing. Perhaps she is always laughing.

It seems that all there is for it is to move ahead. After all, what is the alternative? Yeah, that alternative isn’t for me. Not yet.

I’ve been using a program called MindNode. I do love to plan the next year, even if I never look at the plan over the coming year, I think that putting it on paper makes your mind and body conscious of where you want to go. MindNode is a mind mapping mechanism that helps you see the connections of things, as you think about them; it’s like your brain trying to connect the dots. It’s only too bad I can’t type as fast as I think. Maybe, one day.

The next year is one of exploration and decisions. Or at least, decisions of a semi-permanent nature. What do I want to do when I grow up? What can I do? What talents will I use to birth something into the world? What will that form be? What will I create? I’ve talked about a bookstore and coffee shop, I’ve talked about food travel writing, I’ve talked about being an herbalist or maybe some kind of health/food writer. The world is not an oyster; the world is a nursery for a host of dreams and ideas.

I have a plaque in my closet that says “Dreams don’t work unless you do.” It reminds me that every day, it’s the work that is important, not necessarily the dreams. Maybe both. Work builds on the creativity, though, and helps sustain it. It’s a foundation. As a writer, I know the thing that I have to do is write. Some of it is crap, some of it is good. But it’s in the doing that the creation begins. Inspiration sparks. Awesome happens.

So, here’s my inspiration for the new year, from something almost 200 years old. It’s 170 years old, exactly. It’s from one of my favorite authors, Tennyson, about the new year. Take heed, take heart, and take flight, and bring some Light to the world this year.

Ring out the grief that saps the mind
For those that here we see no more;
Ring out the feud of rich and poor,
Ring in redress to all mankind.

Ring out a slowly dying cause,
And ancient forms of party strife;
Ring in the nobler modes of life,
With sweeter manners, purer laws.

Ring out the want, the care, the sin,
The faithless coldness of the times;
Ring out, ring out my mournful rhymes
But ring the fuller minstrel in.

Ring out false pride in place and blood,
The civic slander and the spite;
Ring in the love of truth and right,
Ring in the common love of good.

Ring in the valiant man and free,
The larger heart, the kindlier hand;
Ring out the darkness of the land,
Ring in the Christ that is to be.