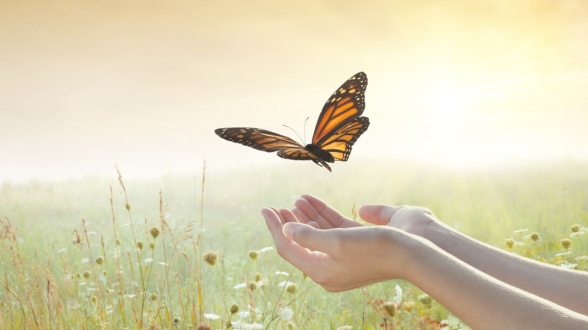 It’s difficult to listen to your own thoughts in the silence. It’s difficult to listen to all the words of sorrow, when there is still too much to do. There is no sorrow right now, for me or for my father. There cannot be because he’s still alive. He’s still part of this world, determined to be part of it for as long as he can. I can’t blame him. I think there’s a stubbornness of each of us to live as long as we might, to get done what we need to get done. It’s my job to remain positive, upbeat, siphoning off his self-pity and quiet into some kind of action. No, wait. That’s not what I feel but what I must portray. If I have to scream, “go into another room or outside and let it out. Never in front of him.” I get it. Who would want that? I repeat in my mind, “it’s not about me, it’s not about me, it’s not about me.” His world has taught me to think differently than I act. I’ve never been really successful at that, hearts on sleeves and all that.

Much of what he says, I don’t understand. He’s so in his head, his own thoughts, that I capture only the last fragment that comes out in voice. His throat is raw, his tongue is sore from thrush, and he doesn’t want to eat because it hurts. His hand shakes and he has little power in his right hand. He can’t write much, and his legs have about 3 seconds of staying power, especially the right. Most of the time, he’s still cognizant of what’s going on around him, but he doesn’t engage. He wants to do exercises to “get stronger.” So, we’re doing them now. Range of motion, some weight bearing, some sitting. He hates being in bed in front of the TV but it was what he was doing before he got so sick. Not all, but some, He rarely left the house except for every two weeks on a scooter to help at a food bank and perhaps to church on Sunday. He would drive out with us on Thursdays to go to the grocery store. Prior to this, he couldn’t walk downstairs without hugging the wall, and he was out of breath when he did. He struggled to stand in that shower. He was struggling to do anything on the computer due to his eye sight. In essence, denial has made this part difficult. Denial that things were happening to him. Denial that he was fading in abilities. Rather than be forward-thinking to all the next steps, to not be controlled by this, he turned his back on the actual pieces that needed to be done. At some level, he realizes all this is happening but…but…but… Yeah. He’s accused me of trying to keep him invalid. I think that deck was stacked long ago. Remember what I said about keep moving and don’t succumb to the wheel chair? One of his regrets was “not getting his knee done sooner.” Another is not getting the other knee done. Perhaps, then, maybe, he would have moved more.

I feel very guilty for thinking these things. They are reminders to me of what not to do; and I do know that at 85, he cannot affect any different course in life. I know this. Not that it’s within my purview anyway…he chose this life and these actions. He’s a good man, though, and he wants to do what’s “right.” So, I am quiet and doing the needful to get through. That’s what I’m doing and it sounds horrid. Sometimes, it’s just getting through. Please don’t judge me, it’s just the tried talking. Mostly, I’m glad someone is here with him. I did talk with Cindy, Doyle’s sister, last night. It helped knowing that their mother went through very similar things. It helped to laugh.

There is a lot I don’t know. There’s a lot know that I know that I should probably not know. This makes me want to never have regrets and, for the most part, I don’t think I do. Yet. Maybe you don’t have regrets until the time runs out. Right now, for me, the days run into nights and into days again. This could go on for weeks or months, because we don’t know anything. It’s a waiting game for all of us, and of course it’s hardest on him. I hope for his sake it won’t be drawn on. I hope for fast. I hope for peace, and grace, and dreams that make him happy. Maybe all that for me, too. Selfish, I know. Perhaps this work teaches the caregiver how to die. Doyle said earlier that he wasn’t sure that I was supposed to learn anything from this. I disagreed. I said if nothing else, it will be a bright highlighter over the words don’t regret in all my diaries. I’ve had to become his world to be there beside him, and I think that’s the most challenging thing for me. This isn’t my world. This isn’t what I choose for myself. This isn’t how I live, eat, think, sleep, or am. I’ve worked hard to be different, to break out, to choose my own path and to have freedom from the chains of the past. It’s like reliving those breakout pains over again. No wonder I’m tired. No wonder we clash at times. 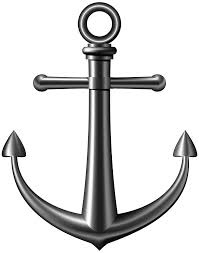 I hate to see him suffer mentally, emotionally, and physically. But, in all things, I cannot do anything for him except be there when he chooses to open up. As one dear friend said, “you have to harden your heart at moments, otherwise, you go crazy.” She’s right. Sometimes I have to retreat and know that there is nothing more I can do as a person. My “ground zero” team knows this and they hold me with strong arms, firm words, and reality soup. My sister, Doyle, Michael, Magdalena. A few more have slipped into the inner circle and maybe I need to make it grow. Cindy. Justin. Katie. Jeff. I hope everyone can stay patient as I figure this out. Doyle came up yesterday, took me out to French food (mmmmmmm, my favorite) and a used book store (mmmmmmm, my favorite), and just held my hand and let me hug him (seriously, my favorite.) We’ve been to a coffee shop to talk cats, house, his work, and write. Yes, friends, I am “taking care of myself” as I can. I am conscious of all I need to do, so, again, please be patient. These words here are just words to get out on ‘paper’ as I go through this. I promise you I will ask for help as I need it. And yes, it’s coming. Dad wants to plan a yard said, and I will need help. Look for an invite soon. The reasons are complicated. And filled with “should have’s…” And, like anything, it will just take time to unravel. Nothing says “letting go” like a big old garage sale, eh?