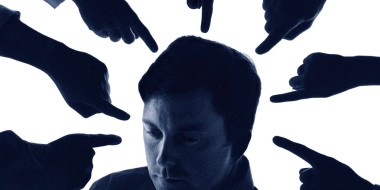 Of the 367 books I am reading right now, one is standing out. It’s called The Art of Non-Conformity by Chris Guillebeau.  What’s always interesting to me is the dialogue that goes on in my head when I read one of these types of books. Some people call them “self-help” – I deplore that word. It smacks of being unable or unwilling to work with the world to achieve what you want|need, and thus must turn to some sort of guru for the answer. I also deplore gurus, but that’s another story. I actually like these books very much because it gives me insight into Someone Else’s journey. It’s like I’m collecting a series of events that led to ideas that I could not have, because I didn’t live those events. The ideas I have come to me through different channels and experiences. I love these books because, like any good travel book, they give me insights into the mental surroundings that created them.

Yet, when I hear the word “self-help,” I am always struck silent for a few moments. I have a dialogue that goes something like this:

Kris’ Mind Side A – “Do you really need another book to tell you something you already know?”

Kris’ Mind Side A – “But you already know this stuff. You already have lived it. Trust yourself.”

Kris’ Mind Side B – “I do trust myself. I just want to hear what someone else has to say.”

Kris’ Mind Side A – “No, you don’t trust yourself. You are going to let that book nag at you until you feel unworthy.”

Kris’ Mind Side B – “No. Go back to your corner and play with your toys now.”

Generally, that that time, I’ve found a shiny new object to obsess over and I’m done with “self-help.” At least, until someone new scoffs at me. Do you obsess about this kind of stuff, too? I wonder if I just think too much sometimes.

Well, that’s who I am. A thinker. And I do love to think over Someone Else’s journey in life. It’s fascinating to me to hear how people got to where they are, who they think they are, and where they are going. The other thing I’ve been doing, as I alluded to in an earlier, is reading “the other side.” I find it important to really get into the heads of the people who I am so far away from. Not in their heads, exactly – more like, in the stream of words that goes through their senses. If they are noodling on it, I want to understand it.

This is kind of a new-found pleasure of mine: testing the limits of what peopl

e think about me, but not caring a hoot about it, really. There was a time in my life that I would have been terrified being caught reading something like, oh, a treatise on Satanism, or really bad bodice-ripping romances. I thought if people saw me reading that, they would think I actually believed it, bought into it, or otherwise relished it. I saw what people read as an indication of who they were. I saw it as an indication of who *I* was. There was so much that I did not know, and so much that I’ve learned since. Such as, no one really cares what I read. Not really. And if I wanted to read it, it didn’t mean I actually had to believe it. Reading it didn’t make it mandatory in an application in my life. For god’s and goddess’s sake, no.

I could actually read and form my own opinion.

Whaaaa? Really? You’re kidding me! (Shhh. I figured it out since then, so I’m just joking here…)

I’ve always known that reading made me a better writer. What I didn’t know was that reading everything made me a better person. A more well-rounded thinker. Someone who was actually able to have an intellectual discussion and/or debate. Learning “the other side” of what I actually believed was and is challenging. It charges me to figure out what I have learned and unlearn it, and form new ideas from the scrap heap of previous paradigms. It forces me to look at things differently.

Plus, what better way to break apart old regimes than to learn about them from the inside? What better way to understand a creature’s thoughts than to read “Mein Kampf.” “The Communist Manifesto” and my new read, “The Black Swan” and “AntiFragile” by Taleb. The best way to understand and undermine that which we don’t believe is to read about what they had or have to say, what they follow, and what they believe. Want to undermine a determined theocracy? Learn the tool they use best, whichever religious text it may be, to get straight to the heart of it. A die-hard fanatic isn’t going to listen; you can give that one up right away. However, the thinking person, someone with whom you really can debate, is going to be like you – there is a door that is ajar. It is easier to step through if there is some light on the other side. 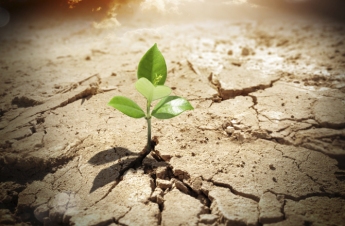 But you know, I can see the fear in that. What if I figure out I was wrong? Well, so the heck what?! The ego can’t be right all the time, now can it? And yet, people are afraid to be wrong, to be uncovered for being less knowledgeable. It’s hard to admit that for 50 years you might have thought something that (gasp!) wasn’t real, right, true, or even verifiable. You might be wrong. You might (gasp again!) change. your. mind. Really. A die hard Democrat might become a Republican. A Libertarian might become a Socialist. A Jew become a Christian, a Buddhist become a Muslim. I’ll stop at Dogs becoming Cats. You get the gist. The point: why worry about staying static? Why worry about what other people think about what you read? The only thing important is what you think about what you read.

Which, of course, leads me back to self-help books. Call them what you will. For me, they are a journey in which I become a better person. That might be true with the “The Hobbit” as much as it might be true with “The Art of Non-Conformity.” The journey is mine for the unfolding. I’ll take whatever path is by far the most interesting one.