As we wind up this most exciting and titillating election year (said with as much sarcasm as I am able to deliver in WordPress…) I cannot help but focus on the activities and personality that have come out of the mouths of candidates: specifically, Mr. Trump (Warning: Language!) As Trevor Noah said on The Daily Show, it’s not about the language – it’s about admitting to sexual assault. Trump supporters call the people offended by the video as whiners or, as his surrogates have said, “locker room talk.” If we take a step back and look at the facts, it is admission of his support of sexual assault, and an admission of sexual assault. From the DOJ website, we have this definition: “Sexual assault is any type of sexual contact or behavior that occurs without the explicit consent of the recipient. Falling under the definition of sexual assault are sexual activities as forced sexual intercourse, forcible sodomy, child molestation, incest, fondling, and attempted rape.” The facts of the tape are not that he did it – that he talked about doing it and that it was okay with him and for him. In essence, he’s condoning illegal activities.

Any of us who have listened to Mr. Trump in the last 30 years knows this is not surprising. His statements are, at the very least, disrespectful of many segments of American society, and at the worst, hypocritical, demeaning, racist, and divisive. He is laser focused on, it appears, segments of society that either love his personality or hate it. There is no in-between, there is no subtle nature; perhaps there is calculation in this maneuvering but it is unclear to me what the end game is.

I have tried to not listen to the personality. I’ve been seeking policy. And this is where I run into issues. Because OF his personality, I can’t keep straight what the actual policies are. Policy is a course or principle of action adopted or proposed by a government, party, business, or individual.When discussing this with his supporters, I don’t hear many of them really espousing his policies. What are his policies? Is he in li 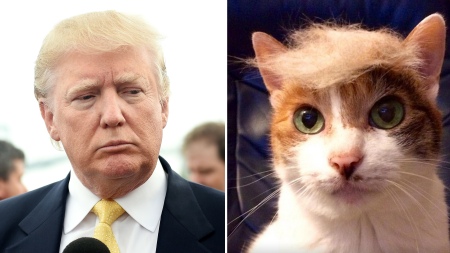 ne with his party? Does he have a set of core values that he can articulate clearly and consistently? I’ve heard him say he’s pro-choice. The Republican party generally is not. I’ve heard him say he’s going to be tough on “border” issues. Yet, I don’t know what that means except build a wall and deport all the “Muslims.” Having worked out so well for China and Hadrian, I don’t know what that will accomplish. Kick out all Muslims? How does that translate into a policy? What is the principle behind it? Is it racism? Or is it something else? Yes, seriously – I want to know.

I admit, I was one who supported Obama because I wanted someone in the White House who was articulate, educated, professional, confident, prudent, and could engender agreement. The Republican Congress made short work of the compromise and agreement, but for the most part, I feel like we got what we asked to get. Pushing aside the other candidates for a moment – this, this “election” is something I do not get. Is the pendulum swinging the other way too far? Because this election has brought out such ugliness, perhaps it needed to happen. However, are we really going to let ugliness rule us in totality for at least four more years?

Oddly enough, the retort to questions about policy is “Well, what has Hillary done? Nothing.” Or, it’s countered with a like story about Hillary’s foibles, or oddly enough, Bill’s. I am dumbfounded by the lack of logical arguments, clear rhetoric, or even understandable debate points. I have heard some of the craziest things from the mouths of other human beings in this country that have, frankly, shocked the hell out of me. Is our country REALLY that bad? This is no Bush Vs. Gore or Romney Vs. Obama. Weirdly enough, this is Trump Vs. Trump. Forget all of the personality – maybe even forget the policy – and just stand in wonder of the logic of the people. Or, as one friend calls them, Sheeple.

I do truly believe that women, though, have to make a stand for a candidate and be clear which one is better for our gender. If we can finally get down to true policy, perhaps we can find out. I doubt it. If Trump’s comments are his policy towards women’s equality, rights, and freedoms, then we all have some hard decisions to make. I cannot believe the women of the U.S.A. would be so asleep as to let HIM happen to us. I don’t know – maybe it really will come down to men versus women. I’d like to hope not but there it is.

I’m truly not advocating for or against any single candidate – make up your own damn mind. What I care about is trying to understand the issues that face us as national community and how we can find people to make that better. There are people among us who we know would be good leaders, and they are – in their community. Maybe that is enough. Maybe that’s where it starts. If our top leadership does go backwards, maybe it’s time for the bottom leadership to start pushing us all forward. 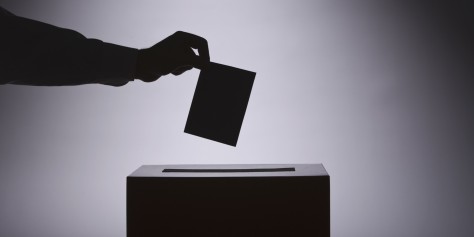 My ballot came yesterday and it sits on my dining room table, waiting to be opened. I need to sit down and think through the issues, re-read the information provided, and try to make a judgement based on what I know and what I see we need. I think back to Madison who believed the majority of the American populace would not know how to choose what is right for themselves. Self-governance is a fallacy, in his estimation. I hope I do not prove him right. I hope we all don’t prove him right.